Combined Properties Inc., the longtime owner of Penn Daw Plaza, has demolished the 50-year old shopping center and will replace it with a mixed-use, transit-oriented development, named South Alex.

South Alex is located at the intersection of Route 1 and Kings Highway and is within comfortable walking distance of the Huntington Metro station.  The development will be composed of 400 Class-A apartment units, 41 townhouses,  44,000 SF of retail space, and a national specialty grocer.  The planned development is in line with the 2012 Comprehensive Plan amendment for the Penn Daw area and received rezoning approval by the Board of Supervisors on January 14, 2014.

Craftmark Homes is developing the townhouses, calling the development the “Towns at South Alex.” The townhomes are under construction. 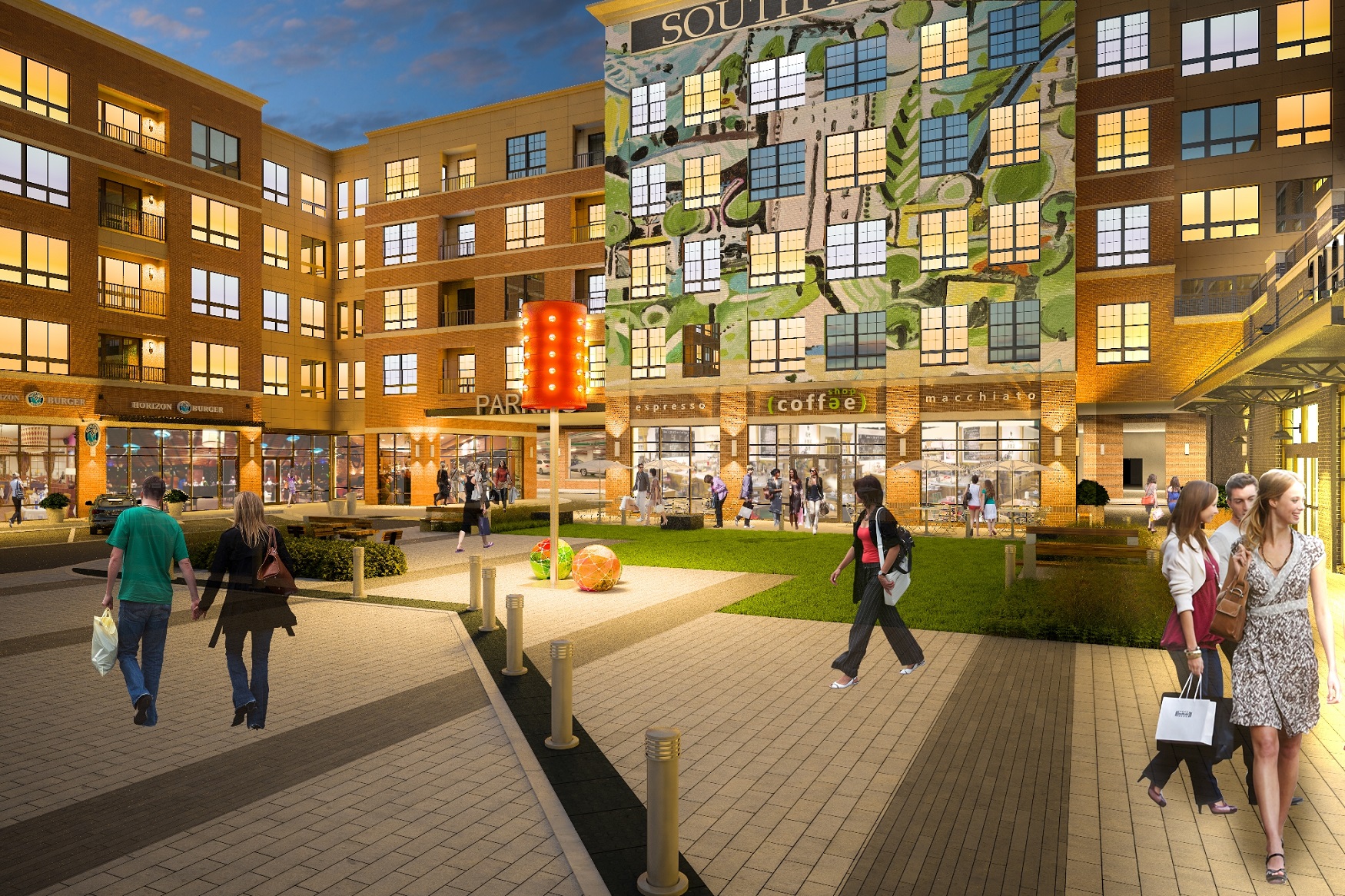 Penn Daw Plaza, the future site of South Alex, under demolition, Fall 2016. Note The Shelby in the background.