Richmond Highway is the main street of southeast Fairfax County. What once served as an early trade route for farmers and George Washington’s road to the Nation’s Capital, is now a major north-south thoroughfare.

Huntington serves as the Terminus for Metro’s Yellow Line and borders the Eisenhower Avenue Corridor in Alexandria, the new home for the National Science Foundation. Additionally, the growth of National Harbor and the MGM Casino as major job centers has increased demand for hotel lodging, housing, and travel along the corridor. In Gum Springs and Hybla Valley, Inova Mount Vernon Hospital recently completed the last of what had been two years of upgrades and additions, quintupling the size of the emergency department from seven beds to 35. To the south, Fort Belvoir has grown to 40,000 employees, with plans for 15,000 more by 2030. The National Museum of the US Army is also under construction there. 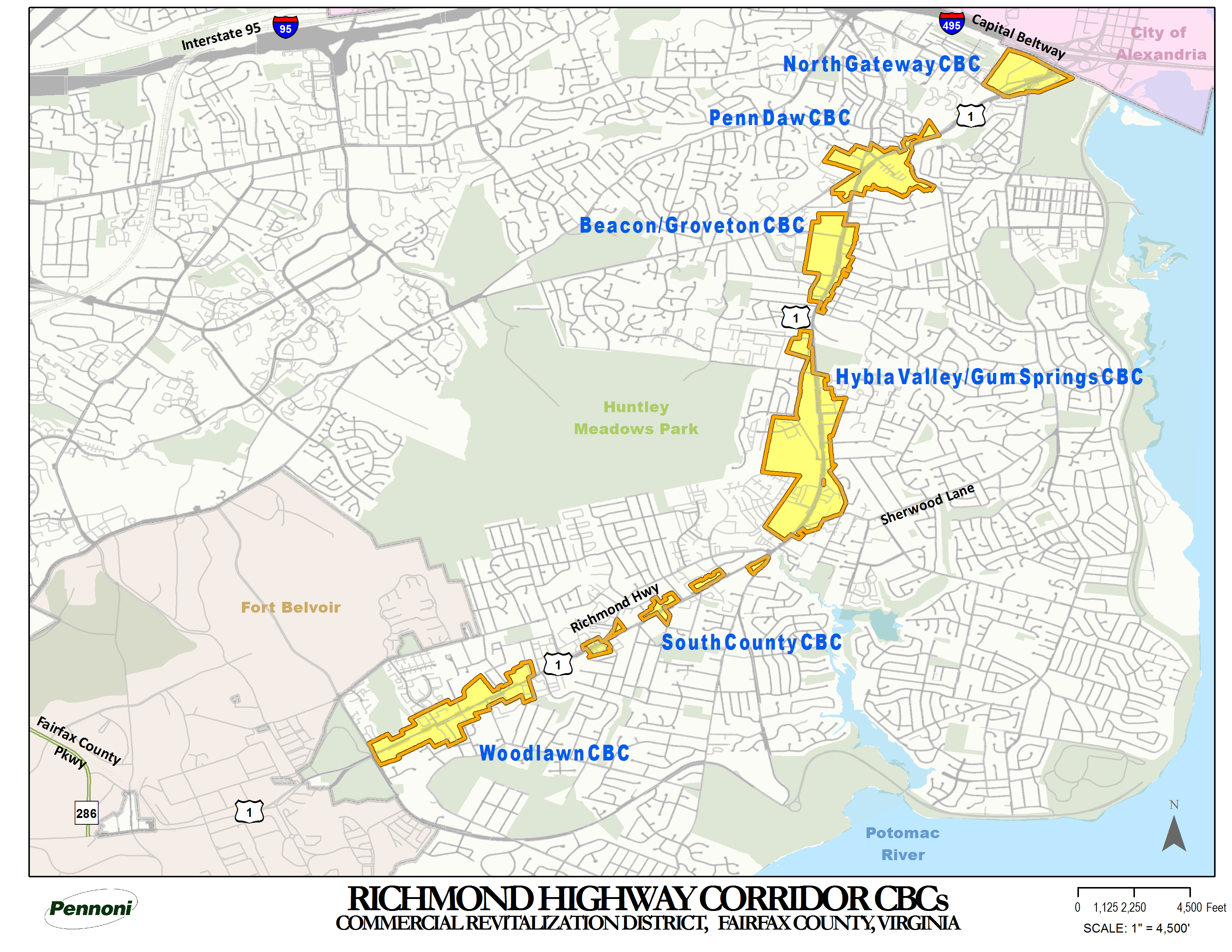